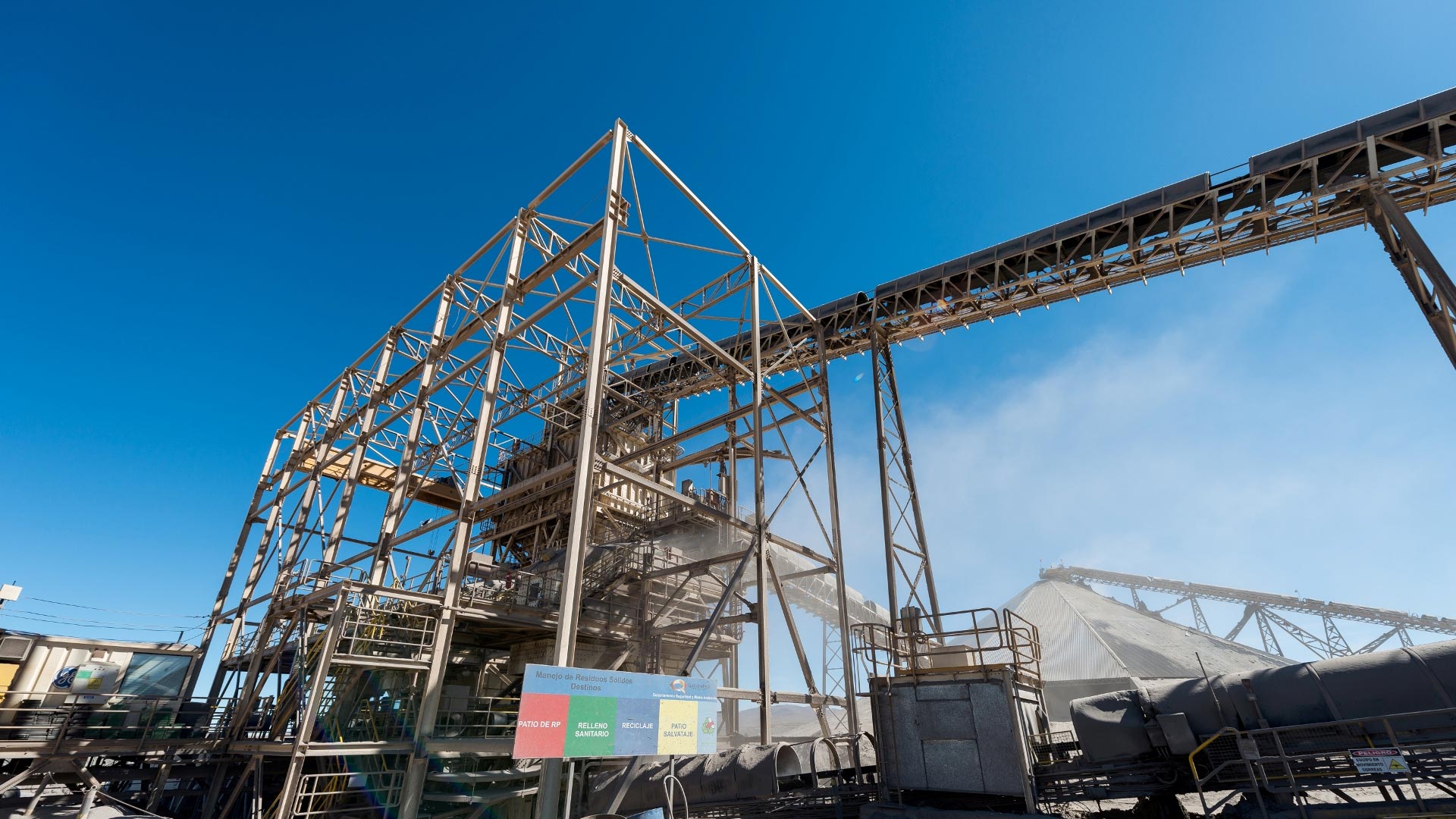 Full integration of processes in management of the supply chain

Higher than expected copper production in 2020

Copper production lower by 6.5% than targeted in the 2020 budget

In 2020, the main objectives set by the Management Board in terms of production and occupational health and safety were:

The average copper content in extracted ore amounted to 1.49% and was slightly lower than the level achieved in 2019. The content of silver in the ore extracted was at a lower level than in 2019 and amounted to 48.0 g/ton.

In 2020, 29.7 million tonnes of ore (dry weight) were processed (0.2 thousand tonnes less than in 2019). The lower amount of ore extracted by the Mining Divisions directly affected the amount of copper in concentrate, which was 392.7 thousand tonnes.

The concentrate production (dry weight) decreased against 2019 by 23.4 thousand tonnes.

The production of electrolytic copper fell by 5.2 thousand tonnes, i.e. 0.9%, compared to 2019. The lower production of electrolytic copper was a result of limited supply of copper scrap in H1 2020 which led to underutilisation of production capacities and overhaul downtime in Głogów I Copper Smelter and Refinery. In H2 2020, own concentrate was supplemented with purchased metal-bearing materials in the form of scrap, blister copper and imported concentrate, and the existing technological capacity was effectively used.

The production of other metallurgical products (silver, wire rod, OFE rod) derives from the level of electrolytic copper production and depends on the type of raw material used, and above all on market demand.

The main goals set by the Management Board in terms of production and occupational health and safety for 2021 are a continuation of actions taken in 2020, i.e.:

Revenues from copper product sales rose by 6% in 2020 and amounted to PLN 14,258 million (compared to PLN 13,474 million in 2019). The change in the sales volume and revenue of the “Other copper products” is related to the suspended production of copper billets in Legnica Copper Smelter. In view of the low profitability of copper billets production and sales, limited sales demand and lack of any possibility of significant costs restructuring, the billets production was discontinued as from 2020. At present, possibilities are examined to use the existing installation for production of other products, in line with market demand.

Despite the lower volume of metallic gold sales, sales revenues in this regard increased by 27%, or PLN 690 million, compared to PLN 543 million in 2019.

In 2020, KGHM Polska Miedź S.A. earned most of its revenues from domestic sales, which amounted to 23% of total revenues. Amongst the Company’s other customers, the largest came from Germany (16%), China (14%), the United Kingdom (10%) and the Czech Republic (7%).

The figure below presents the geographical breakdown of sales revenues in 2020. Sales revenues also include results from the settlement of hedging instruments.

Total expenses by nature in 2020, as compared to 2019, were higher by 3%, mainly due to higher by PLN 196 million consumption of purchased materials (an increase of 5 thousand tonnes and a price higher by 3%), as well as a higher minerals extraction tax (PLN 105 million).

Expenses by nature, excluding external inputs and the minerals extraction tax, amounted to PLN 9,787 million and were higher as compared to the corresponding period of the previous year by PLN 189 million, mainly due to:

depreciation/amortisation (PLN +66 million) – an increase due to investments completed in prior periods, at lower costs of:

The structure of costs by nature in 2020 is presented below. As compared to the previous year, they were at a very similar level.

The Company’s operating costs are decisively impacted by the costs of electrolytic copper production (before deduction of the value of by-products), whose share is about 90%.

Cost of producing copper in concentrate – C1 (unit cash cost of producing payable copper in concentrate, reflecting costs of ore extraction and processing, transport costs, the minerals extraction tax, administrative costs during the mining stage, and smelter treatment and refining charges (TC/RC), less the value of by-products) was as follows: in 2019, 1.74 USD/lb and in 2020, 1.62 USD/lb, respectively. The cost was impacted by a weakening in the PLN relative to the USD, and higher silver and gold prices, which has an impact on the higher value of by-products.

In 2020, a slight (by 7.5 thousand tonnes, i.e. 1%) increase in the Group’s copper production was noted relative to 2019. The increase is applicable to the Sierra Gorda S.C.M. segment (+22.3 thousand tonnes for the share of 55%), primarily as a result of bigger ore processing and higher CU content. On the other hand, in the KGHM INTERNATIONAL LTD and KGHM Polska Miedź S.A. segments, there was a fall in production by 9.6 thousand and 5.2 thousand tonnes Cu, respectively.

The lower output of KGHM Polska Miedź S.A. was a result of a lower capacity and thickness of the ore seam, as well as the limited supply of copper scrap in H1 2020 and an overhaul downtime in Głogów I Copper Smelter and Refinery.

Lower production in KGHM INTERNATIONAL LTD. was noted in the Sudbury Basin, and Franke, and the Robinson mine.

Production results in the Group

The geographic and product structures of the consolidated sales revenue of the Group are presented in the charts below. In accordance with the adopted principle of consolidation by the equity method, sales revenue do not include revenues of the Sierra Gorda S.C.M. segment. Detailed information about sales by segment can be found in the chapters devoted to the results of individual segments.

Production costs of payable copper C1 in The Group

Unit costs in the Group’s segments are presented in the table below. Detailed description of the individual items can be found in the chapters devoted to the individual segments.

Production costs of payable copper C1 in the Group (USD/lb)