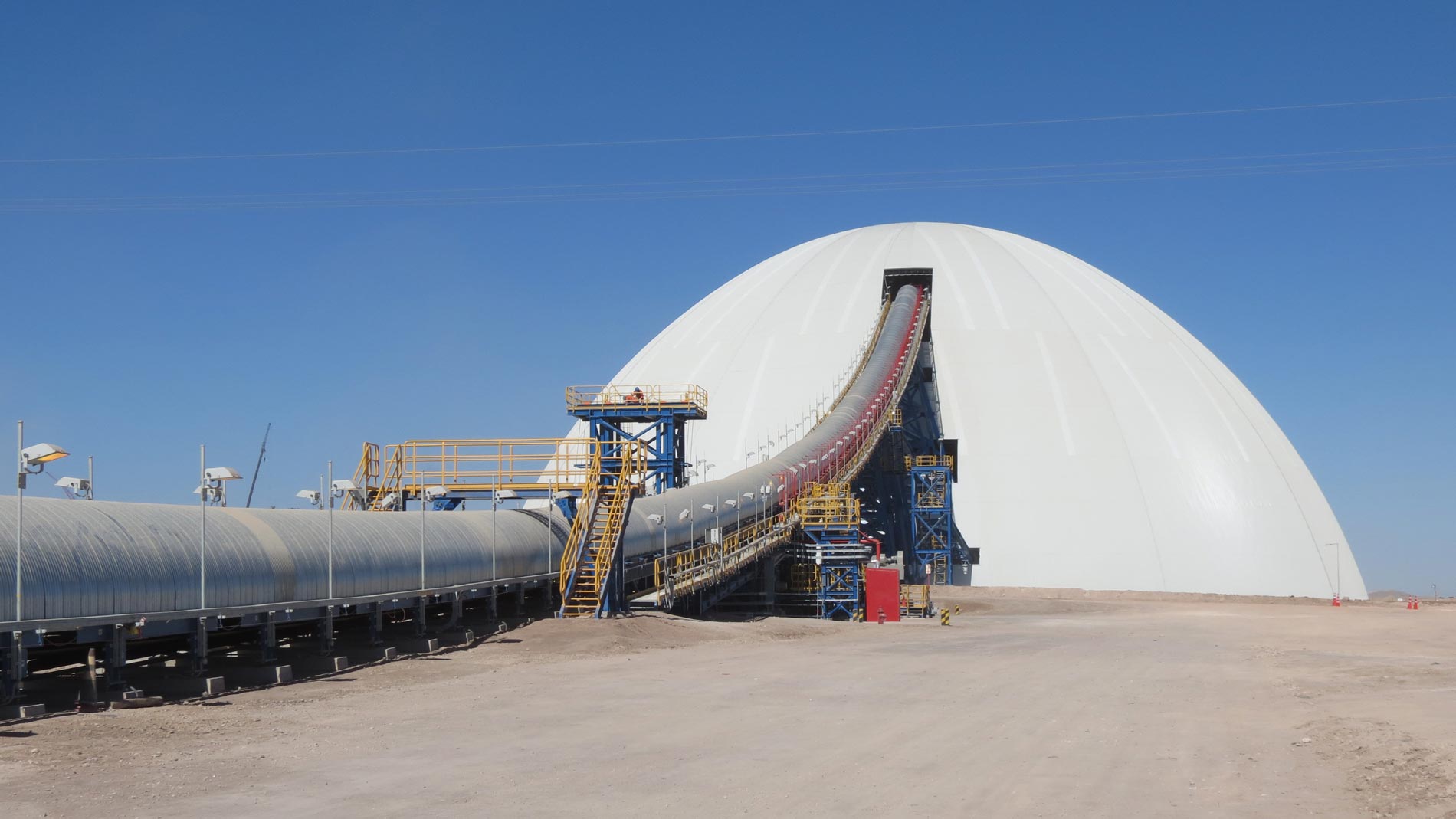 The key international asset – the Sierra Gorda mine, which is a joint venture between KGHM INTERNATIONAL LTD., Sumitomo Metal Mining and the Sumitomo Corporation – is located in Chile. In addition, the KGHM Polska Miedź S.A. Group has mine projects which are at the preproduction phase (among others Victoria, Sierra Gorda Oxide), as well as other exploration projects.

Production activity of the KGHM Polska Miedź Group across the world

Due to the nature of the ore, it is processed using the heap leach, solvent-extraction and electrowinning method. The end product is electrolytic copper in the form of cathodes.

Based on analytical work performed in 2017, the base scenario assumes the Victoria project will be developed in two stages, comprised of the sinking of a first shaft along with additional exploration, followed by sinking of the production shaft.

In 2020, exploration work continued to increase the knowledge of mineral resources in the project and measures were taken to maintain good relations with the project’s key stakeholders. Work has begun on preparing and securing selected infrastructure elements as a preparatory step for further project development.

In June 2018, the Government of Canada, through the Governor-in-Council (Cabinet), issued a negative decision regarding the implementation of the Ajax project due to its anticipated significant adverse environmental impact. The decisions were made through the environmental impact assessment process reflecting the substantial engagement of provincial and federal governmental agencies, First Nations and a broad spectrum of stakeholders, including thousands of local citizens.

Since the EA Certificate has not been granted, in 2020 the work focused mainly on monitoring and securing the project site in accordance with regulatory requirements. An Ajax project office was opened in Kamloops (British Columbia) as one of the elements of the activities focused on dialogue with the First Nations and the local community.

In 2020, despite the epidemiological situation caused by the COVID-19 pandemic, thanks to the safety measures taken and the mobilisation of employees, the Sierra Gorda mine continued its operation without significant disruptions. Sierra Gorda focused on implementing an optimisation program to improve the operation of the mine, processing plant, infrastructure and the tailings pond.

The Sierra Gorda Oxide project involves the leaching of the copper oxide ore of Sierra Gorda on a permanent heap and the production of high-quality copper cathodes in a solvent extraction and electrowinning (SX-EW) installation, over a period of 11 years. The average production of copper will be approximately 30 thousand tonnes per year. Currently, most of the oxide ore resources planned for processing have been mined and deposited near the location of the future plant. In 2020, supplementary work was continued in order to prepare for the next phase of engineering work and further development of the project.

No material changes in the structure of main assets in domestic companies transpired over the recent years. Domestic companies acting on behalf of KGHM Polska Miedź S.A. remain essential in securing the activity of its core business. They include:

Investments in closed-end investment funds are used to manage selected non-core assets. A significant portion of these Funds’ assets are investments in the general field of healthcare, including Polska Grupa Uzdrowisk.